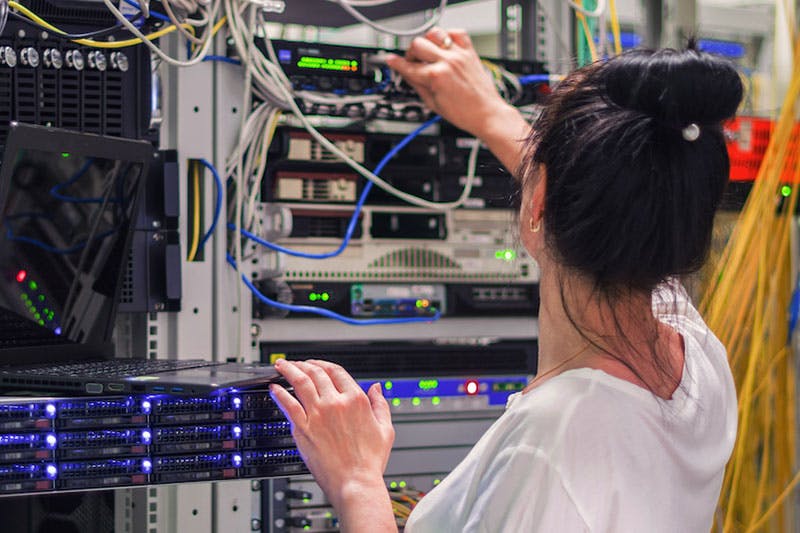 In this interview, we share how a young woman changed her major so she could earn enough to pay her student loans and live on her own. She consolidated her loans and lowered her monthly payment by refinancing through Splash Financial.

Splash: What college did you attend and what was your major?

Caitlin: I went to the University of Alabama. I was an out-of-state student, and my major was management information systems. I wanted to make sure I was in a major that would be able to pay for my student loans. I think that’s a big factor that a lot of people don’t take in consideration. And since I was taking loans for out-of-state tuition, it was definitely a factor to consider, and it paid off. Today, I work in IT consulting.

Splash: So, student loans factored into your decision-making process when it came to choosing a major. Can you elaborate?

Caitlin: I went to an in-state school for my first year. My parents were going to have to take out probably $25,000 in total if I stayed there. So going out of state, I knew that I was going to have a high balance of loans. I was looking to major in communications at school but never took comms classes because I changed majors right away. And with communications, yes, it was a broad major. And I would have quite a bit of options as a career, but I knew I probably wasn’t going to be able to afford to pay back the student loan balance, going to an out-of-state school.

Moving was also a big expense. I wouldn’t have been able to save that much money or move as frequently as I did. That was definitely a factor that I took into consideration with my major, which I ended up loving.

Splash: You did one year in-state and then transferred to Alabama. What inspired the transfer?

Caitlin: I always knew I wanted to transfer from the university that I started at. I was going to attend another in-state school, but I luckily had a friend who went to Alabama and was able to visit. And I just fell in love. I’m a first-generation college student and my parents were like, “Well, if this is where you want to go, just know these are the steps and these are the repercussions if you go there,” which I’m glad that they communicated to me. Instead of being like, “Oh yeah, it’s going to be totally fine. You’re good.” But this was my dream school. It was my top choice. So, wanting to go there and understanding the financial sacrifice helped me make the decision.

Splash: Can you walk us through your student loan process?

Caitlin: I first took out loans through Sallie Mae, private loans. Then I had FAFSA (federal) loans. I had accrued over $150,000, which is quite a big student loan balance. I came across Splash Financial exploring different online refinance options.

I checked my options with five or six companies. All the big ones. But Splash displayed the best interest rate. So that was the biggest factor for me because I still wanted to have financial freedom but still pay towards my student loans. And I took out the longest that I was offered: it was 20 years. I just wanted the lowest amount of monthly payment and because my loan balance was so large, I couldn’t pay it back in five or 10 years.

Splash: Were there any other reasons you wanted to keep your monthly payment down?

Caitlin: I’m very young, and I wanted to be able to save money in the beginning while I don’t have a lot of financial burdens, such as a mortgage payment. I hadn’t moved out yet. And to be able to move out as well. That was really important to me, instead of waiting five, 10 years until my loan amount went down. I think having the lower monthly payment to start was really important because I knew I wouldn’t be able to have a lot of financial freedom if it was high.

Splash: Did you have your parents act as co-signer on your student loan refinance?

Splash: And did you consolidate your student loans?

Caitlin: Yes. I consolidated four separate loans that were split up between four rates. The first and second loans were 8%. The third was 9.125% and the fourth was 5.25%. The first and second loans were both variables. The third was fixed. And the fourth was also variable. So quite an array of interest rates. My new fixed rate through Splash is 4.67%, and I only have one payment versus several.

Splash: After looking at other options, what was it about Splash that steered you in our direction?

Caitlin: One, their lending partners were willing to take on my loan amounts. A lot of lenders weren’t even willing to give me a rate, just because of the amount I have is so high. And I didn’t have a master’s degree for my loans.

Also, the length of time of the loan. The loans offered to me were 10 or 15 years, but nothing beyond that. So again, the monthly payments were higher than I liked.

The interest rates, obviously that was the biggest choice. I found the best-fixed interest rates through Splash. And just ease of application. They’re one of the easiest applications that I applied through. So that definitely was a factor. I was able to get a rate that day and move on.

Splash: Since refinancing, is there anything that you can do now that you couldn’t do before?

Caitlin: Save money, as much as possible. I live outside of DC so I’m able to take trips to New York to visit my good friend. I’ve been able to travel, with COVID-allowing obviously, in the past year. Being able to afford a car payment, that has allowed me to travel. And just having a little bit of extra wiggle room.

Splash: Do you have any words of wisdom? What would you want people to know about student loans, student loan refinancing?

Ease. Splash was one of the easiest places that I applied to. Their lenders offered a term of eight to 20 years. All the monthly payments, the interest rates were laid out for me. I could refinance two loans through Splash and two with another lender. Obviously, I didn’t do that because it was easier and less expensive to do it all through Splash.

Splash helped me consolidate my private loans from Sallie Mae. Their lending partner just paid them off and brought the balance over, which was super nice.

It was really nice that Splash connected me with its lending partner that did all that for me. They consolidated my previous loans and gave me a new payment amount, which was really cool. And I really like the automatic payment process. So, I know on the 19th of every month, this is coming out of my account. It’s one of my favorite features. Just something I don’t have to worry about, which is nice.

The information provided in this blog post is not intended to provide legal, financial or tax advice. We recommend consulting with a financial adviser before making a major financial decision.